I would be such a liar if I started this blog in any other way but to tell you how excited I was for this run! It’s funny how a race can be exciting when it’s thousands of people deep and then equally exciting with only a few hundred people. Truth is this one had so much to be excited about :)

I participated in  the 1st Annual Turtle Fun Run/Walk last year, I was only about 3 weeks into the “Couch25K” program at the time so I  walked most of it. I never dreamt that a year later I would have completed a ½ Marathon and running 3 miles would come naturally?! I knew without a doubt that I would be participating again this year, not only because I work for the school district that puts on the 5K but because it will always be my very first 5K :)

Although we did not have quite as many co-workers come out like we did last year, we did have our faithful group of girls come out and represent!! What was even more awesome was the between Jim and I we had so much of our very own family there with us this year!! He has had such an impact on his boys that 3 generations of boys were out there running, his wife walked the 5K and his daughter-in-laws were the cheerleaders along with the newest baby princess! WOW! I felt just as blessed because we had our very own three generation group there too, my dad, me and my son –sweet! It didn’t end there- Lety, my little bro Vince, my soul sister Cindy and my best friend Clarissa participated too! How super awesome is that!

I could not have been more excited to have everyone together like that. BUT I am going to have to go all crazy on y’all because everyone had run a 5K before except for Clarissa it was her very first 5K! She has been following the “couch210K” for about 3 weeks so she set out to walk/run it and she rocked it! She had all of the same feelings I had a year ago, going into the 5K. She felt like she would be for sure the last one to cross the finish – I felt the same way before. She thought she might look silly – no way, there were plenty of silly looking people out there! (ahem Cindy!)

In the end I could not have been more proud to see everyone out there!

The run was great- right before we got to the start line I promised Clari that once I finished I would go back and meet up with her to join her for the finish. I wasn’t going for a PR at this run (although I’ve been getting a little tiny bit faster than before) but I will say that for a second a few of us thought we were breaking records and the we realized that the course was short only clocking about 2.6 miles! BOO! I came across the finish grabbed a water and went back to find Clari. She wasn’t that far away :) we crossed the finish and I was so proud of her!! So was her hubby!! She celebrated - and then I was a kill-joy. Yes, I told her the course was cut short, but if she wanted to really do a 5K we could go back out and finish it. Thankfully she didn’t hate me - instead she gave me a “lets do it” and off we went again!

Ah! The first 5K of my 2nd year of running and I couldn’t have asked for more :) I don’t know what the rest of the year has in store but if this is just the beginning I can’t wait till the next one! 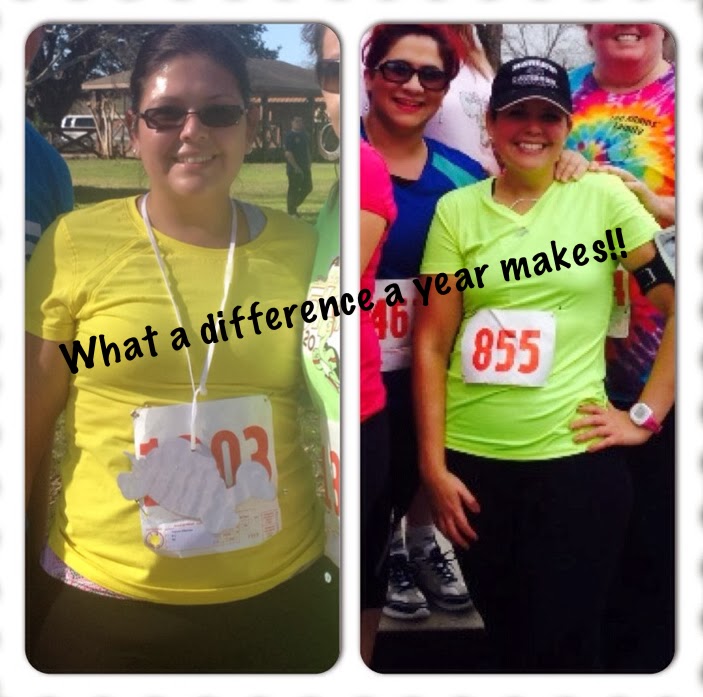 Posted by Running in Faith at 7:07 PM