I don’t know where to start when telling you about the Running in Faith 5K, it was an amazing event that was initially a “Virtual 5K” thinking most would want privacy in order to go out and complete their first 5K without the pressure of a real 5K– BUT then it became a real mini 5K! Turns out the support of family and friends and love were what we needed and wanted.
I started this month by changing my blog and refocusing on what had really made an impact on my life- Growing my Faith thru Running. The faith I have in my self, in others and in God. This weekend was truly a wonderful experience, I found faith in myself to put together an event like this one! Would you have told me a year ago that not only would I go on to run more than my first three miles but 13.1 miles and hundreds in between and turn around and host my very own 5K – I would have thought that to be a crazy idea. When I first told my husband about my crazy idea, I figured in the end I would at least make my family sign up and make them do it with me. God’s plan was a little bigger than that :)
In the end 33 people signed up to participate in the Running in Faith 5K – welcome to my mind being blown! Here enters the amazing people that you are. Scared or seasoned runners you came through and stepped outside of your comfort zone, many of you shared what I was up to by telling your friends and family, some of you by stepping out of your comfort zone and committing to  walking or running 3.1 miles. I heard from a few in the days leading up the 22nd – you were scared, nervous and not sure you could do it. Well let me tell you! You not only did it – YOU ROCKED IT! You had faith in yourself that morning when you woke up and tied your laces and headed out – some of you reached out to encourage someone who really needed to be encouraged and that in itself takes faith in yourself to speak out and uplift. Thank you for being out right awesome J
Without further ado – I present to you – Running in Faith 5K 2014 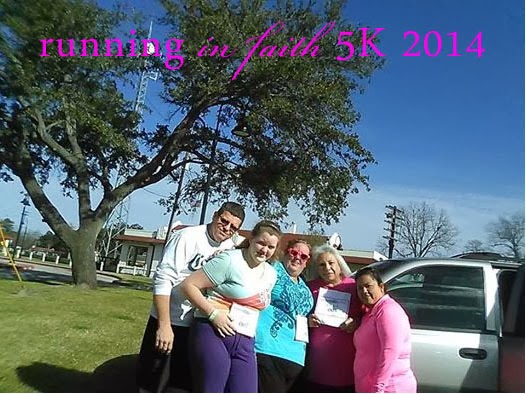 Saturday morning – two groups got together – one in Memorial Park and one in Alvin. The group in Alvin was headed by my beautiful friend Abby {you will hear much more about her in due time} she had a group of 5 and she made sure they knew where they would begin and end their 5K – after she passed out the 5K cookies to the finishers and I could not be more proud of the awesome job they did out there! Thank you!! 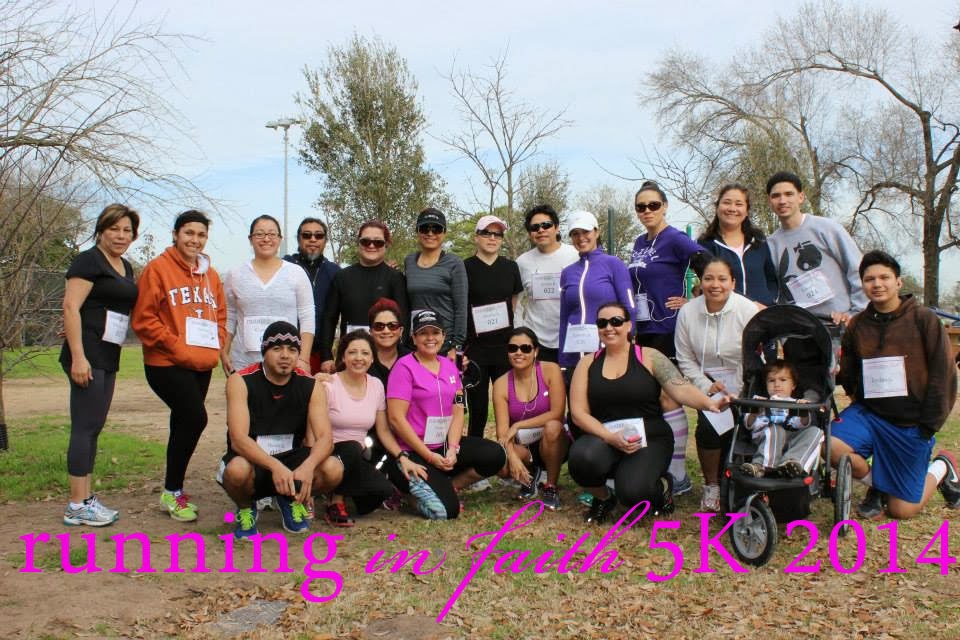 Our group in Memorial Park grew over night and was out in full force! I tried to be a good host! I brought waters and snacks and bananas and of course my 5K cookies!! My son and my little brother were my little helpers, so they headed out early so they could move things to the finish and make sure everything was set up. I was also lucky that my son manned the camera and we have tons of memories for all to share! I could not have pulled this off without them – THANK YOU!
Jim wasn't able to join us Saturday morning at Memorial because he was VERY busy being an awesome Gampa!! Taking cool, to a whole other level (I thought this level was the level!!) a pretty awesome couple sent in their picture aaalllll the way from Mexico! A super special thank you for taking time out of your day to be a part of this special day! 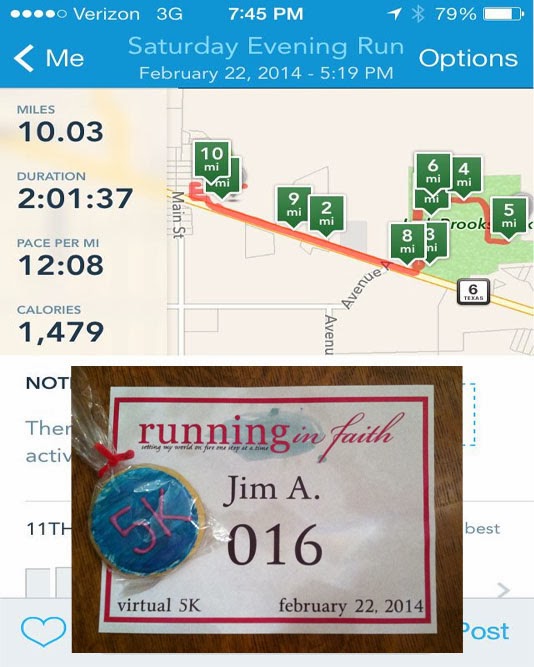 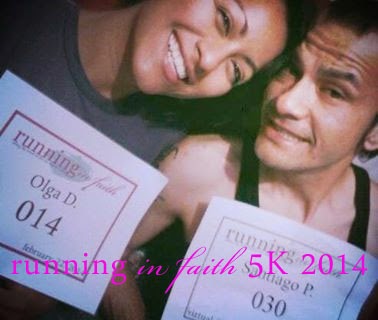 Posted by Running in Faith at 6:57 PM